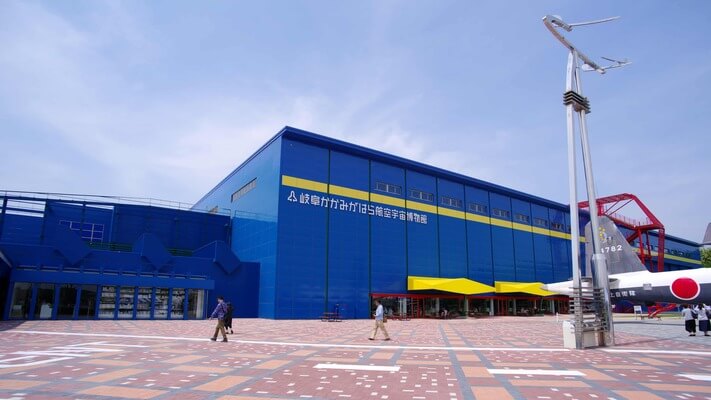 I went to Gifu-Kakamigahara-Air-and-Space-Museum in Gifu, Japan. It has few people and so quiet when I went to it an hour before closing and it rained.

This museum is about aviation and space, located in Gifu, Japan. There are many events held at this museum. You can make paper airplanes and even learn about space. There are over twenty airplanes and objects from space. It will promote international exchange and cooperation with NASA (US Aerospace Agency), ESA (European Space Agency), US Smithsonian National Air and Space Museum, Seattle Aviation Museum, French Le Bourget Aerospace Museum, Russian St. Petersburg History Museum, Russian Moscow Astronaut Memorial Museum and TSIOLKOVSKY Memorial Museum of Space and Flight History.

It closes every Tuesday but sometimes opens so you should check the website when you go.

I introduce two ways from Tokyo station and Osaka station.

Second, you go to Nagoya station from Osaka station by shinkansen. Others are same with from Tokyo.

This is A6M1-zero. It was used during the world war. There were other aircrafts and engines which were used as well.

These airplanes were used after the world war. This is the Mitsubishi T-2. It was a supersonic jet trainer aircraft used by Japan Air Self-Defense Force. Introduced in 1975, it was the first Japanese-designed aircraft to break the sound barrier. It was the basis of the Mitsubishi F-1 military aircraft. All T-2s were retired by 2006.

This is the Shin Meiwa UF-XS. It was made for an experiment to make an airplane that could land on rough waves. It was used by Japan Maritime Self-Defense Force.

This is a P-2J. It was made by Kawasaki  Heavy Industries. It was used Japan Maritime Self-Defense Force as Anti-submarine patrol aircraft.

There are other airplanes inside and outside of the museum like Kawasaki V107-A Helicopter, Shinmeiwa US-1A Rescue flying boat, T-2CCV and more.

This museum contains several items from space, such as an engine, a spacesuit, and a robot. This robot could be used to see something from space.

There’s a souvenir shop, a theater room, a kids’ room, a cafeteria, and a simulation game that controls an airplane.

This theater room will take some videos. First one will be screened for 18 minutes about a drama of people who have overcome failures and sacrifices such as “Apollo 13” and “Challenger Accident” and continued to challenge boldly at 11 am ,1 pm and 3 pm

Third one will be screened for 18 minutes about Japan makes an effort to make something for space at noon, 2 pm and 4 pm.

This cafeteria sells noodle curry, drinks and desert. It opens 10 am to 5pm at weekday and 10 am to 6 pm at weekend. You can enter for free if you use only this cafeteria and souvenir shop.

You’ll get voice guide and subtitle when you install “UDT Sorahaku” in English, Chinese, Korean, French and Japanese.

You can control Passenger plane and small jet simulator simulator operation experience from 10 am. Also you can control Helicopter too but it has elimination height is over 130m (4 feet 3 inch) from 1 pm to 1:40 and 3:30 pm to 4:10 per 8 persons.

Aichi museum of Flight is in Nagoya, Aichi. You can go both if you go to Nagoya since it’s not far from Gifu-Kakamigahara Air and Space Museum. This museum is about flight like a airplane and helicopter. Also it’s close Nagoya airport (it’s not Chubu Centrair International Airport). So you can see real airplane from this museum. A ticket fee is 1000 yen ($9) for adult, 800 yen ($7) for university student and high school student and 500 yen ($4) for secondary and elementary student. It opens 9:30 am to 5 pm and closes every Tuesday.

I was so fun jus for an hour but I wanted Passenger plane or small jet simulator simulator operation experience. So I’m going to go to this museum again for do this simulator game. 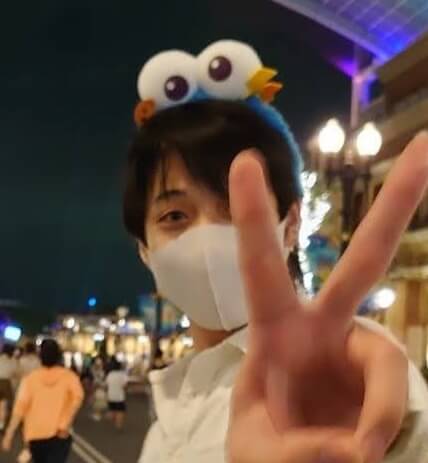 I make websites as a Web Enginner.
I write about trips, useful information, and more.